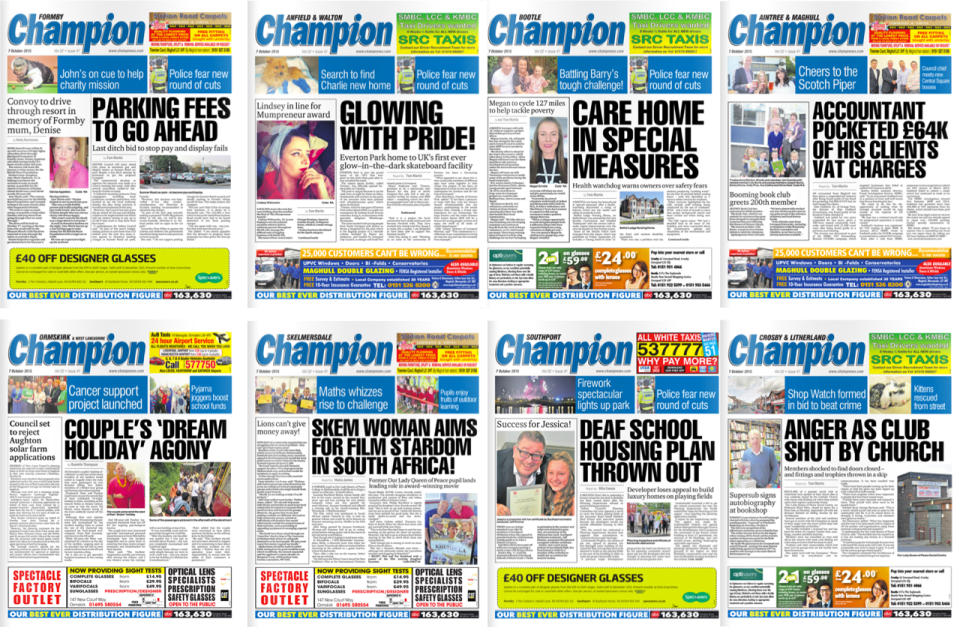 October 2015, Bracknell, Berkshire, UK – Miles 33 is pleased to announce that Champion Media Group has selected Miles 33 solutions for their next generation publishing system.

The new system includes the GN4 Editorial Content Management System for the newsroom, FutureProof for advertising booking and sales, Production Tracking for ad make-up and Beacon for classified pagination and Display Ad advertising planning. A new online customer self-service portal, powered by SAM, is also included. The GNWeb connector will link the GN4 system to Champion Media Group’s existing websites and will allow newsroom staff to publish content directly from within GN4. The HTML5-based “work anywhere” GNi4 client will allow access from PCs, Macs and tablets for added flexibility.

CMG publishes eight Champion titles from its base in Southport and is growing steadily, bucking the negative trend seen in other newspaper markets. This growth is driving the acquisition of new generation technology, an investment that will enable CMG to consolidate its position as the leading independent newspaper publisher in the area.

Lyndsey Naylor, Champion Media Group’s managing director, said, “We selected Miles 33 as it provides an integrated, end-to-end solution for our current and future activities. Its reputation as a progressive and continually evolving suite of products gave us the confidence to invest our development with Miles 33.”

An aggressive implementation schedule has already been put in place and the entire system is expected to be live by the end of the year.

About CMG
Champion Media Group strongly believes in the power and the integrity of local newspapers and the vital role they play in supporting the local economy. This independent company currently publishes eight free weekly newspapers, delivering to over 160,000 homes across Merseyside and West Lancashire. Over the last 21 years they have consistently grown, year on year, to become one of the largest delivered free titles in the UK.