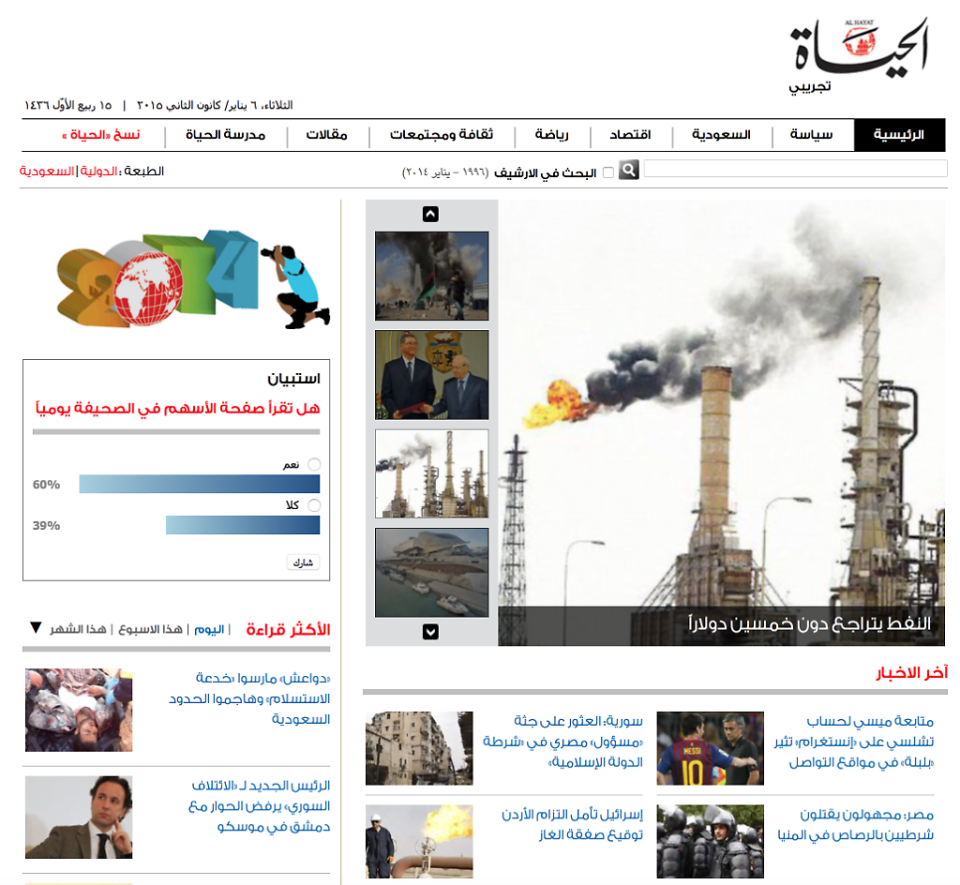 March 2013, Bracknell, UK – Miles 33 is proud to announce that Daralhayat, publisher of the prestigious Pan Arab newspaper Al-Hayat and one of the top Arabic women’s magazine “Laha”, has selected GNWeb from Miles 33 to power its internationally renowned Alhayat.com website.

The website, which publishes entirely in Arabic with content from four different editions, enjoys a high ranking around the world as a leading resource on articles and information concerning the Arabian Peninsula and Northern Africa. Al-Hayat, and the Alhayat.com website, is generally regarded as the newspaper of record for Arab communities around the world.

The GNWeb system, which will be hosted in London, will be accessed by newsrooms in five production sites; London, Beirut, Lebanon, Riyadh, Jeddah and Dammam in Saudi Arabia. Editorial staff will have cloud access to author, upload, preview and publish content.

The system includes GNPortal , a content acquisition and workflow module, that will be used to streamline and automate the insertion of content, providing a single manageable portal for external feeds and user input, regardless of their physical location.

The GNWeb system also includes eCommerce and Community modules, which will be used by Al-Hayat to create online communities to improve communications and enhance interactions with their readers worldwide. Content from the system will also be used to feed all of the group’s mobile devices, including the Laha magazine app.

“We were very impressed with GNWeb’s functionality and capabilities and how Miles 33 could meet our requirements” said Mr. Abdulmotaleb Dayem, Production & Applications development manager. “The Alhayat.com website is an important publishing channel for Arabic readers worldwide and we look forward to working closely with Miles 33 to make it even better” he said.

About Al-Hayat and Laha

Al-Hayat (Arabic: الحياة‎ "Life") is one of the leading daily pan-Arab newspapers, with a circulation estimated over 200,000. It is the newspaper of record for the Arab diaspora and the preferred venue for liberal intellectuals who wish to express themselves to a large public.

Launched in January 2010, Laha Magazine caters to the savvy Arab woman’s lifestyle. Renowned editorial flair offers visitors inspirational, up-to-date content that fuses substance with style. The magazine is considered to be a niche portal, catering to women of a more mature nature (traditional yet trend-setters). The magazine is printed in Beirut, Lebanon and distributed world-wide. Its website is also a premium online destination.