The Boston Globe is live on Miles 33 advertising, production and financial system 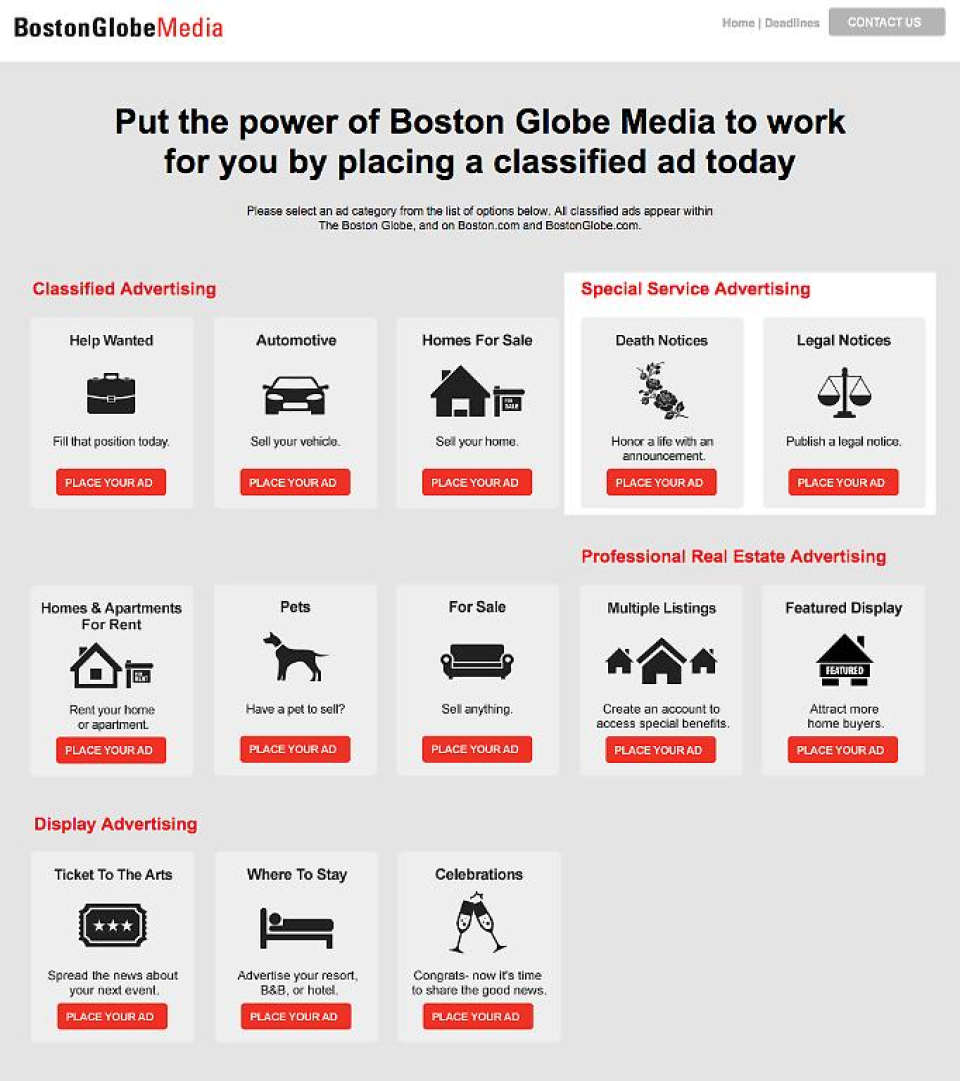 September 2014, Norwalk, CT – Miles 33 is extremely proud to announce that The Boston Globe is fully live on the Miles 33 Advertising Sales, Ad Booking, Production, A/R and Online Self Service Portals. The project went live just 7 months from the contract signing. Previously, The Boston Globe was using the NY Times SAP-based system, but after the sale of the paper to John Henry, it was required to become fully independent of the NY Times, which meant purchasing new equipment and implementing new systems as soon as possible. Miles 33 provided the most aggressive time frame for making that transition.

A tight project schedule was agreed upon that would see all of the advertising-related activities of The Boston Globe move onto the new system, including A/R, Billing, Production, Ad Planning, multiple Customer Self Service Portals, and XML-based import/export interfaces to Salesforce.com, FastChannel, AdSend, Gabriels and other 3rd party services. All components went live running in a private cloud that supports users in the US and India, where several administration and order entry functions take place.

The Advertising system not only provides all local advertising sales and order entry, it also functions as a gateway and integration "hub" for external ad sources. The Miles 33 XML-based Order Importer module provides a flexible utility to configure multiple incoming media channels, receiving the data in real-time and recoding it into the advertising database, making it instantly available to all users: sales, planners, artists, as well as subsequent exporting agents.

The Order Importer is 100% XML-based and The Boston Globe staff are already fully self-sufficient in creating new import channels with custom XML transformations. This gives The Boston Globe total freedom in importing any ad content in the future and leveraging the functionality of the Miles 33 advertising system with regards to billing, ad tracking, ad make-up and layout.

Incoming channels include GlobeDirect, a full service direct mail operation, national ad agency content, including content from FastChannel and AdSend, as well as other media sources.

The advertising system also exports ad content to 3rd party systems. All exports are in XML format and often require additional metadata to be captured at booking time. This is accomplished by the creation of customized structured data forms which pop up when required. Here too, The Boston Globe has become fully self sufficient with regards to creating those forms themselves, often a function that gets outsourced to Miles 33. This allows the Globe to react very quickly as market conditions and new requirements require.

The Globe also purchased Miles 33's Self-service Advertising Module (SAM), and the six NYT/SAP booking portals have been replaced by SAM. The Boston Globe now has internal capability to create and implement any number of new ad portals in the future.

Wade Sendall, VP of Information Technology at The Boston Globe said "Miles 33 have done an outstanding job with the project, delivering an amazing amount of functionality across the entire business, on time. Many of us at the Globe were skeptical of Miles 33's ambitious time table, but in the end they proved us all wrong".

Visit the Boston Globe at: http://www.bostonglobe.com