The weekly magazine of the valley with a new graphic design 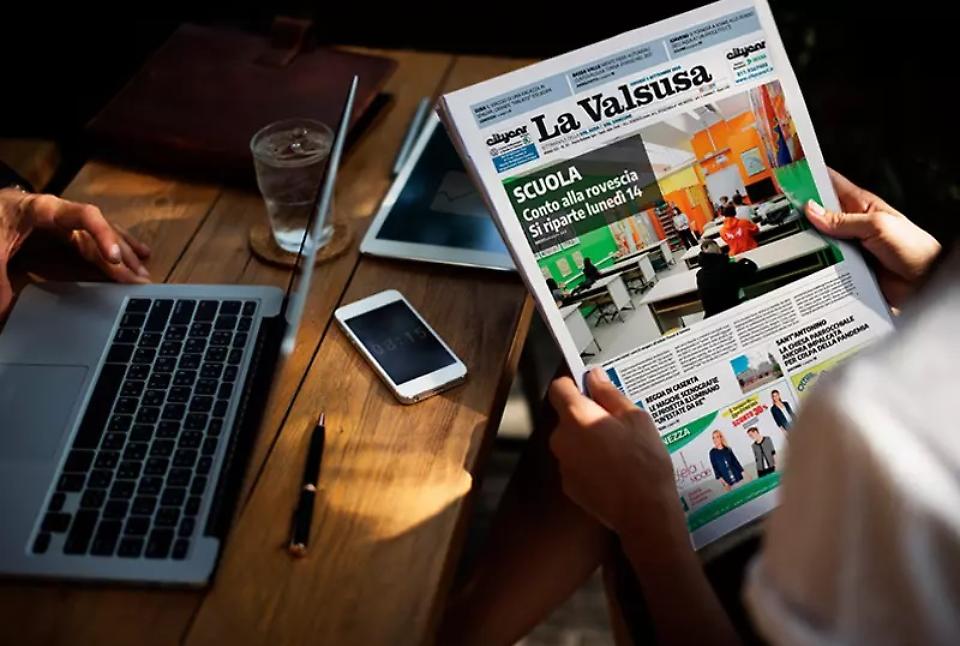 La Valsusa, the weekly magazine of Val Susa is on newsstands today with a completely new graphic design.
But above all, it was produced with the GN4 publishing system of Miles33 proposed in Italy by GMDE.

The choice to switch to an editorial system to produce the newspaper was made by the publisher at the beginning of the year. Causes of force majeure have therefore slightly lengthened the development time of the project. The training of all the editorial staff, starting from the two people involved in graphics, was conducted solely via the web. The first productive phase was therefore to create the "book" pages within the publishing system. La Valsusa took advantage of the adoption of the editorial system to renew the graphics of the newspaper. The study of the book pages made by Studio Alberto Valeri was an important part of the project.
The editorial staff had to deal with a change of pace in the production of the newspaper: workflow, user permissions and processing states are just some of the settings present within the system that guides the production process from the creation of content to its final publication.
Vito Aloisio, within the editorial staff team, was able to immediately recognise the benefits given by the change. GN4 by Miles33 is the editorial system proposed by GMDE to those publishers that have workflow and graphics setting from daily publishing. The system is able to quickly produce the newspaper optimizing the times and resources involved during production. The ability of the journalists to write directly on the page, to choose between different book pages to create the best to progress and to access external resources are just some of the features made available by the system. In the case of La Valsusa, times have been reduced further thanks to the configuration of a workflow that guides the production of the newspaper: thanks to the editorial helm it is possible to have an eye on the progress of the newspaper, showing the working states both per page and per single article.

La Valsusa, the weekly magazine of the valleys of Susa and Sangone

La Valsusa was founded at the end of the nineteenth century with the name of Rocciamelone at the request of the diocese of the valley, which wanted to disseminate the Catholic faith and support the passage of information within the valley.
The weekly comes out on newsstands on Thursdays with an edition in berliner format with a foliation ranging between 48 and 64 pages.
Under the direction of the current director Don Ettore de Faveri, La Valsusa published until 2009 'Raccontavalsusa', an in-depth publication of history, traditions, costumes, characters and facts that distinguish the life of the Susa Valley. In addition to the editorial staff of Susa, the weekly has a branch in Giaveno.