National security, liberty, regulation and the role of a free press in the digital age 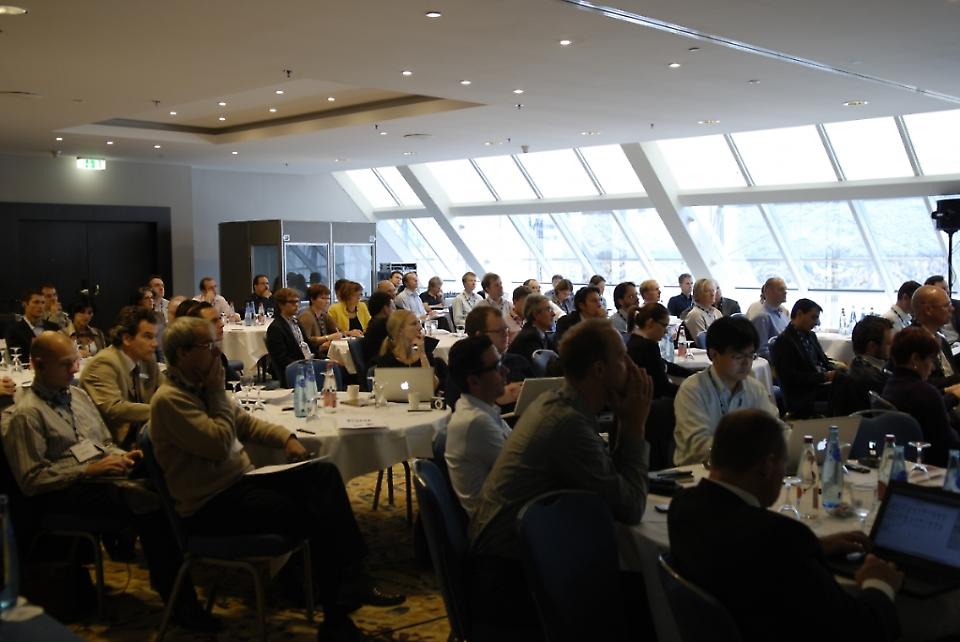 The incoming Editor-in-Chief of Guardian.com, Janine Gibson, says that investigative journalism may need to be moved 'off shore' to avoid the threat to sources and reporters posed by state surveillance, in the post-Snowden era. “We will have to move to the place where it’s easier to report – where there are less restrictions”, Gibson told the World Newspaper Congress and the World Editors Forum in Torino, Italy, today.

Gibson was speaking on a panel titled National Security, Liberation, and the Role of a Free Press in the digital age, which also featured AP’s CEO and President Gary Pruitt, Telegraph Media Group Executive Director Guy Black, Kai Strittmatter of the Süddeutsche Zeitung and Claudio Paolillo, Chair of Press Freedom and Information Committee at the Inter American Press Association. "Strictly speaking, Edward Snowden does not represent anything new under the sun,” Paolillo told several hundred media professionals gathered for the panel. But he acknowledged that technological advances mean that never before has the Big Brother society envisioned by Orwell been so tangible. A year before the Snowden story broke, the U.S. news agency AP was subjected to a “sloppy fishing expedition” – as Pruitt put it – initiated by the U.S. Department of Justice. They seized the news agency’s phone records from 21 phone lines in Washington, New York, and inside Congress, to try to find the source of a story AP published about how the CIA had foiled a plot to place a bomb on a plane to mark the first anniversary of the killing of Osama bin Laden. “We had gone to the government before the story broke. They asked us to hold the story. We did, for five days,” Pruitt said. "Only when the risk to people’s lives had passed did we publish the story," he told the Congress. But the government was determined to identify the leaker. “The U.S. Department of Justice acted as judge, jury, and executioner in secret. They ignored the Constitution.” AP pushed back, however, and while appearing before a Senate panel in June 2013, U.S. Attorney General Eric Holder said "The department has not prosecuted, and as long as I'm attorney general, will not prosecute any reporter for doing his or her job." The USA remains a model of press freedom by comparison with the U.K., according to Gibson, who led the Guardian’s U.S. coverage of Snowden. “Until three years ago, until I moved to the USA, I didn’t realise the U.K. was a repressive regime.” In the U.K., Black said, the punitive responses to the NSA revelations and the Hackgate scandal that limit press freedom in Britain have “robbed us of moral authority in trying to pressure authoritarian regimes – we’re cited as a shining example for those who want to shackle the press.” According to Black, “In many developing countries the U.K. example used to justify new anti-terrorism laws and criminal libel – a poisonous cocktail of state control on the press.” But this is not the only chilling effect. The biggest impact is arguably on the capacity for journalists to access confidential sources in the post-Snowden era. “It’s created a very real chilling effect among our sources,” Pruitt said. "They’ve become nervous about talking with us. They don’t want their phone numbers associated with us. And government employees who previously routinely talked to us, now won’t.” Gibson pointed to another risk: the risk of reporters letting their guard down after months of covert surveillance. “The journalists working on this (Snowden) story over the past year – several of us don’t know whether we’re still under investigation in the U.K. We all assume our e-mails and phones are being constantly tapped,” she said. “People rely on the fact that at some point you’ll let your guard down. We thought there would be a moment that we would forget that we were being constantly monitored.” And there is a new threat on the horizon to press freedom in the digital age – from the social media platforms that purport to democratise communications. Paolillo told the panel, “These platforms claim to be champions of freedom of the press, but Twitter has censored many accounts of bloggers and others – at the request of Russia, Pakistan, Turkey, Venezuela, Saudi Arabia and others,” he said. “The excuse to surrender to censorship is always the same: They must abide by local law. And it’s the same with Google.” These are the new frontiers of press freedom struggles in a digital age that has exposed an entrenched and far reaching culture of state surveillance.